Once every minute, a camera takes an aerial picture of the public space in front of Barcelona’s cathedral. A simple algorithm converts the photograph into a vectorial register of the position of the people on the square. And that information is fed to a 3-axis robot equipped with a pen that simply draws it on a 50 cm by 70 cm paper canvas.

A person is represented by a dot, labelled with a number and a short line going in the direction of the orientation of the sun at the moment at which the picture was taken. After completing the drawing of a photograph, the system finds the last picture taken and undertakes the drawing of a new set of lines on the same canvas. It repeats the action form 10 am to 8 pm, overlapping the lines of hundreds of photographs, of thousands of people. Every day a drawing gets started on a fresh white page.

These drawings can therefore be compared one to another and, if carefully observed, reveal characteristic of how the public space is being occupied in space and time.

Sometimes the system collapses, the script gets corrupted and a drawing of radically different form occurs. 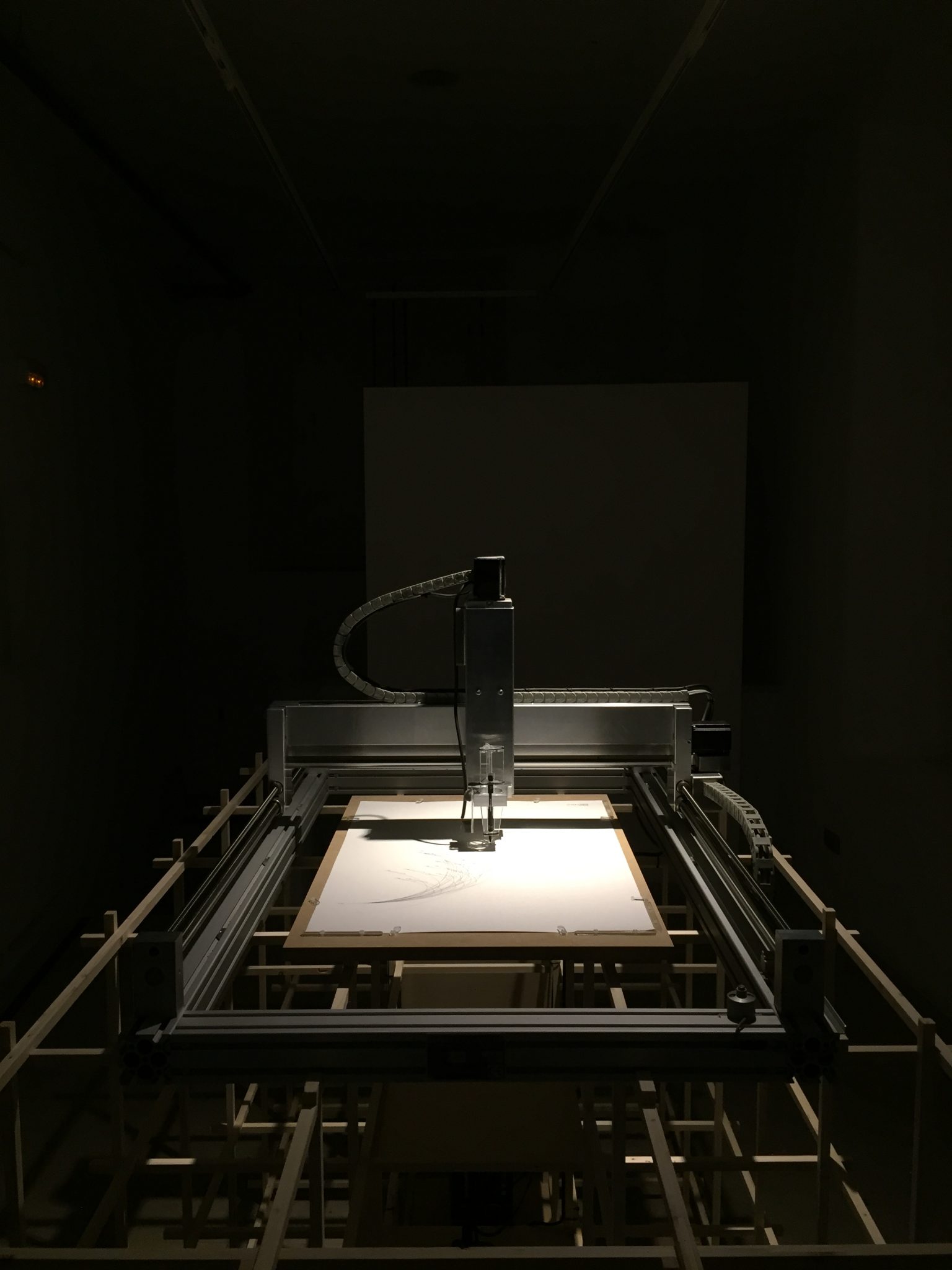 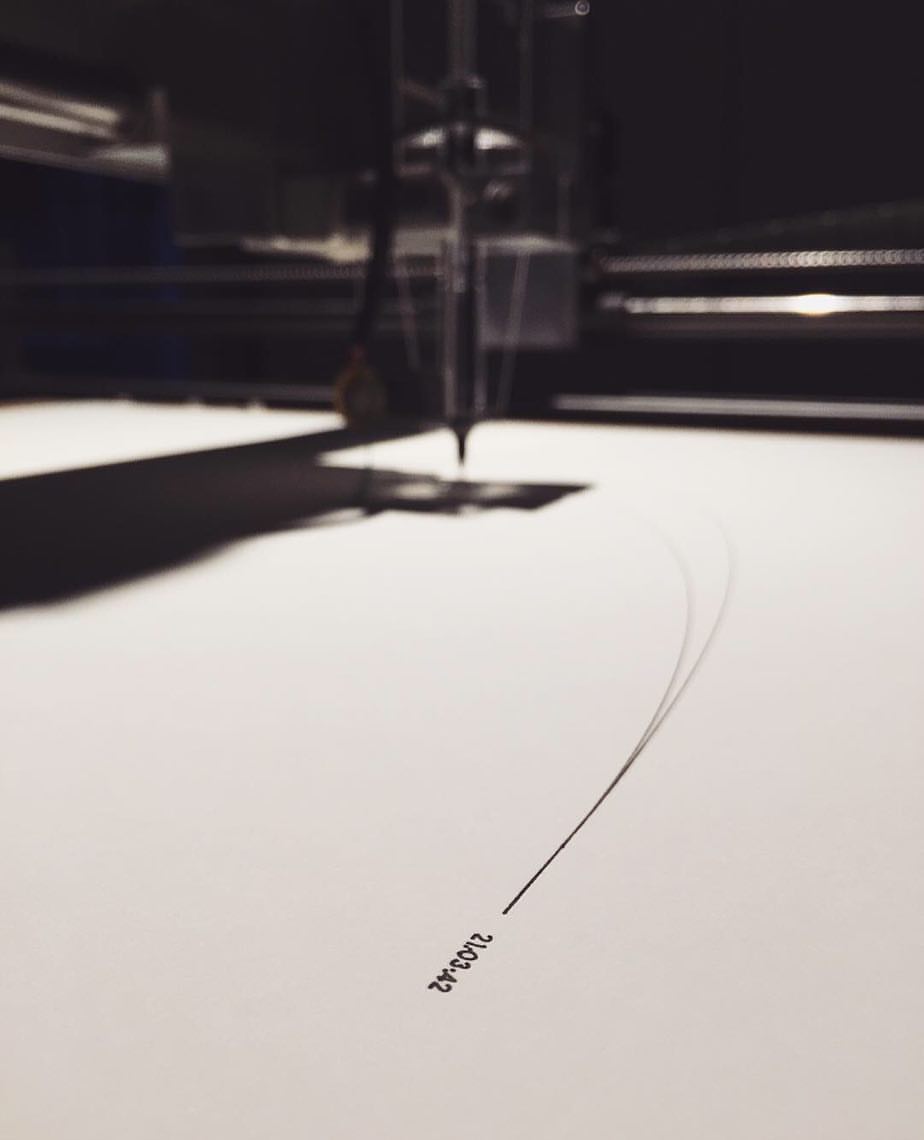 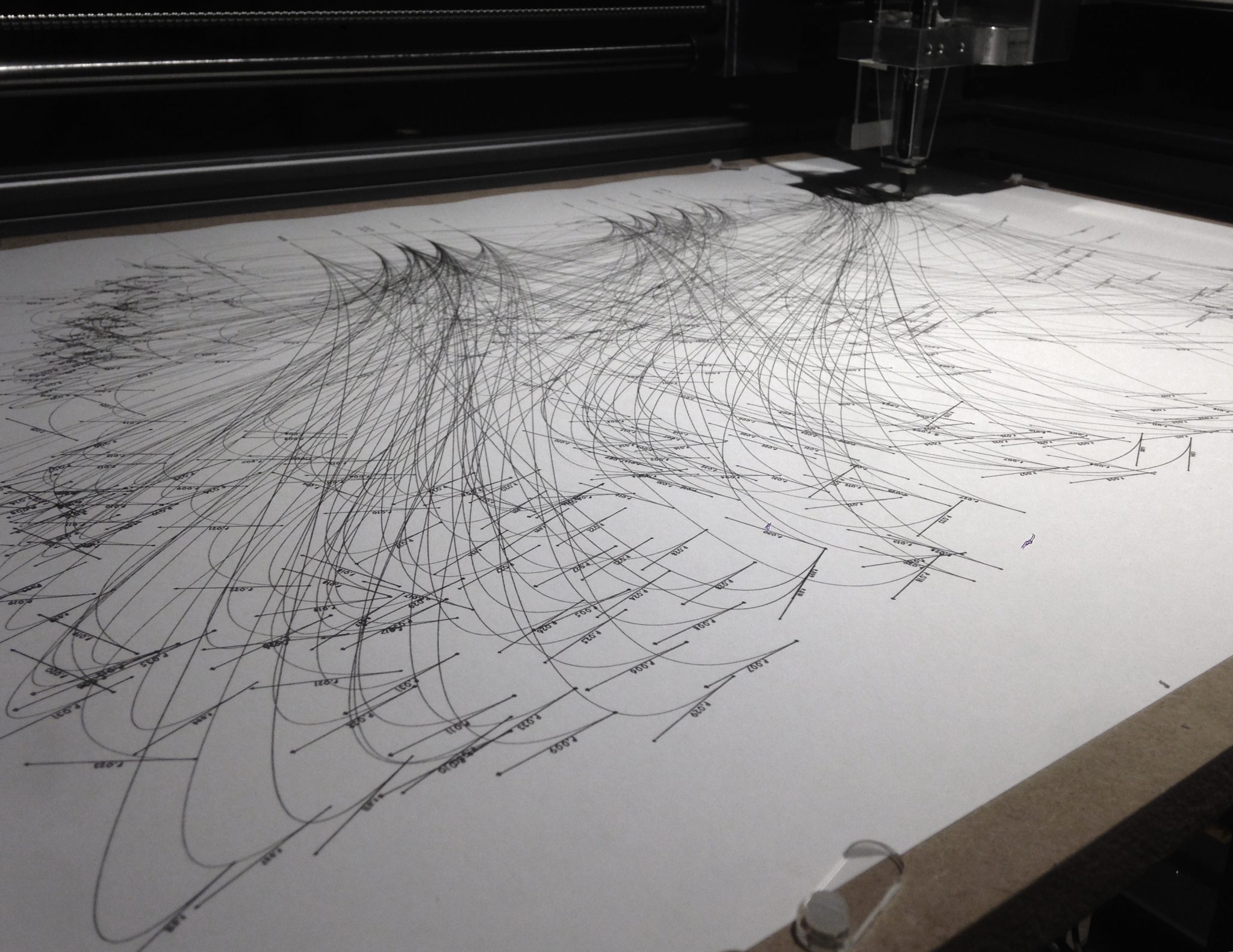 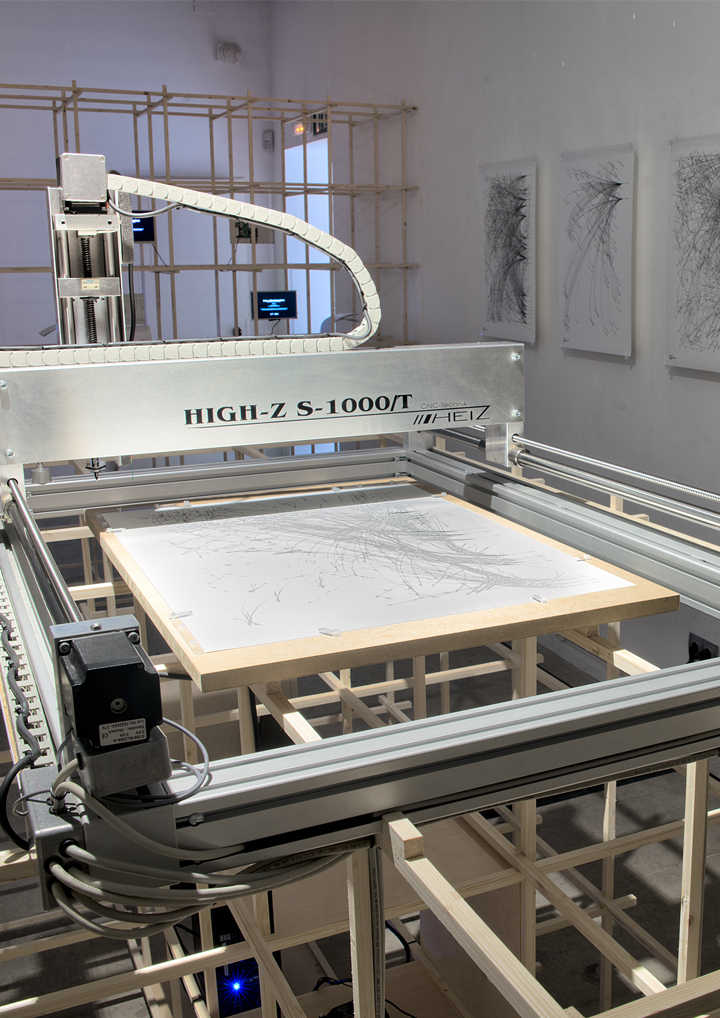 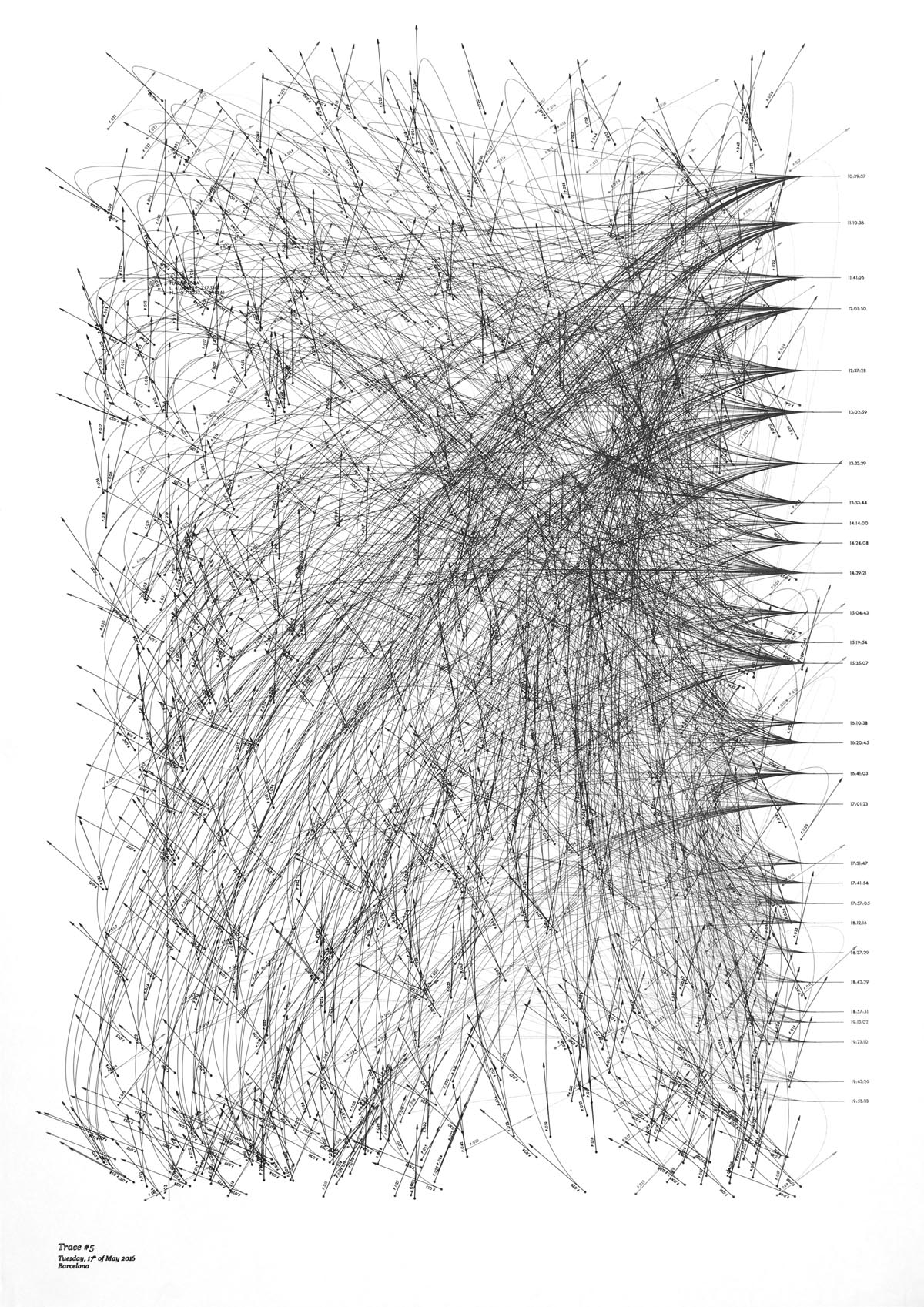 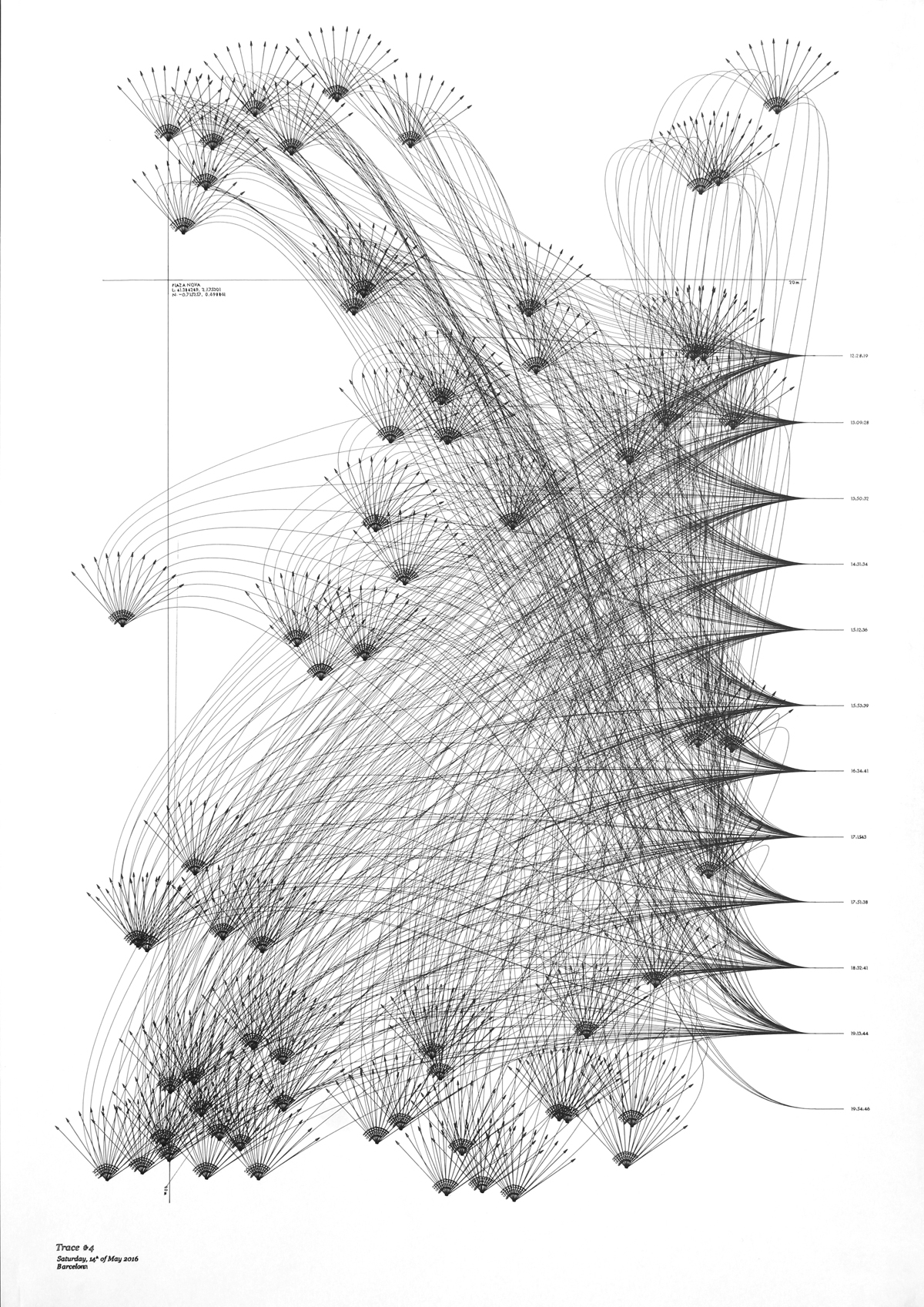 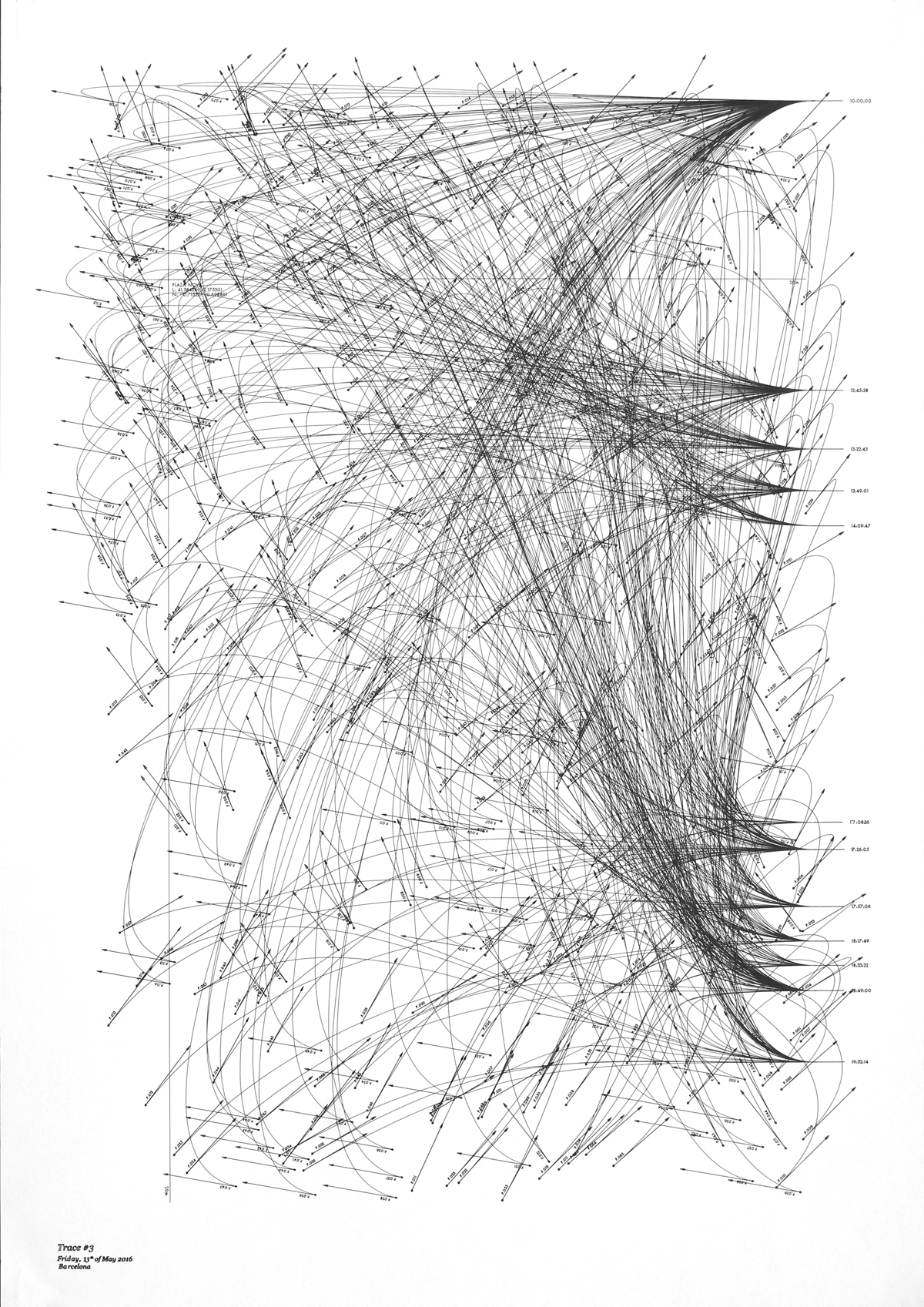 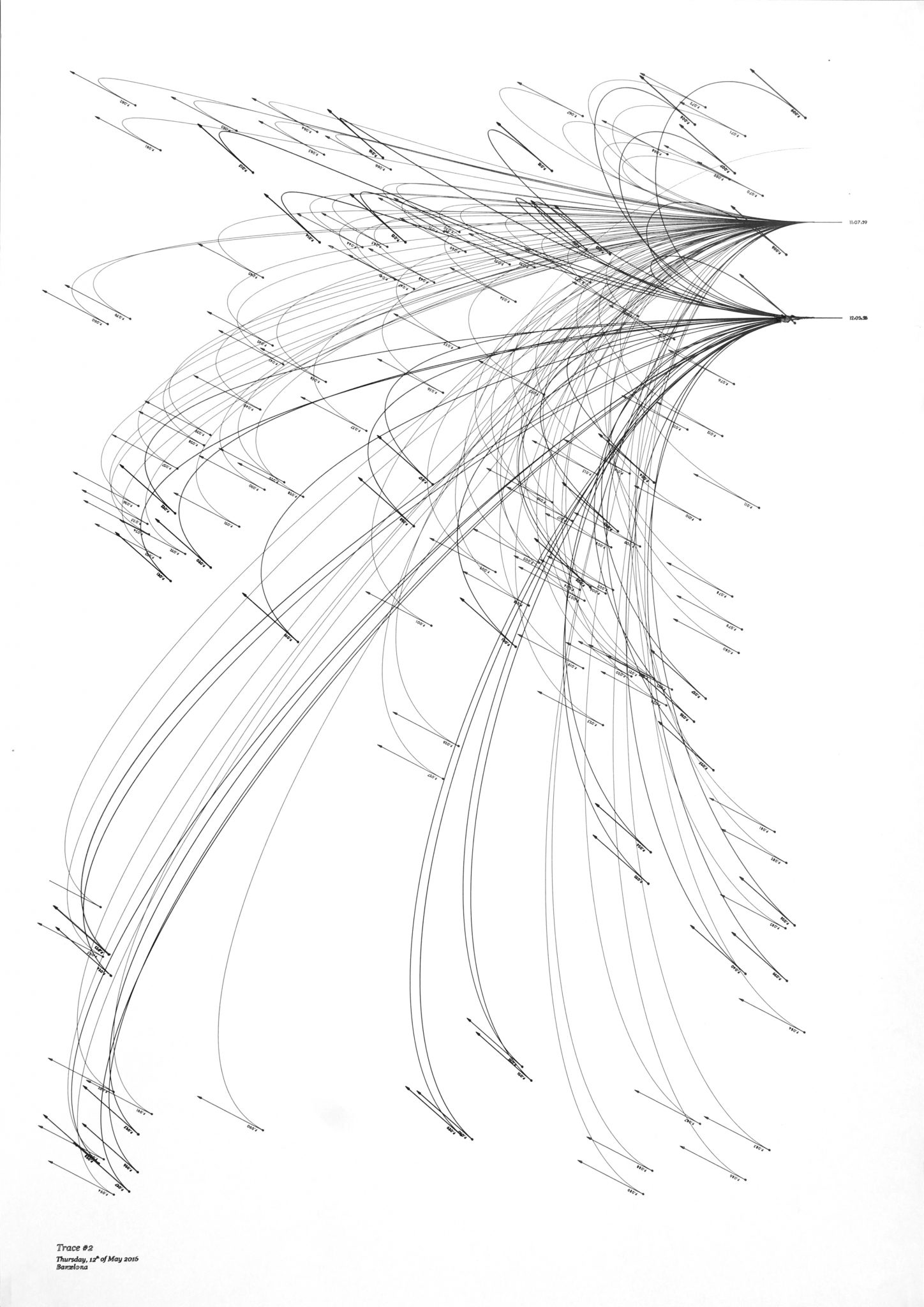 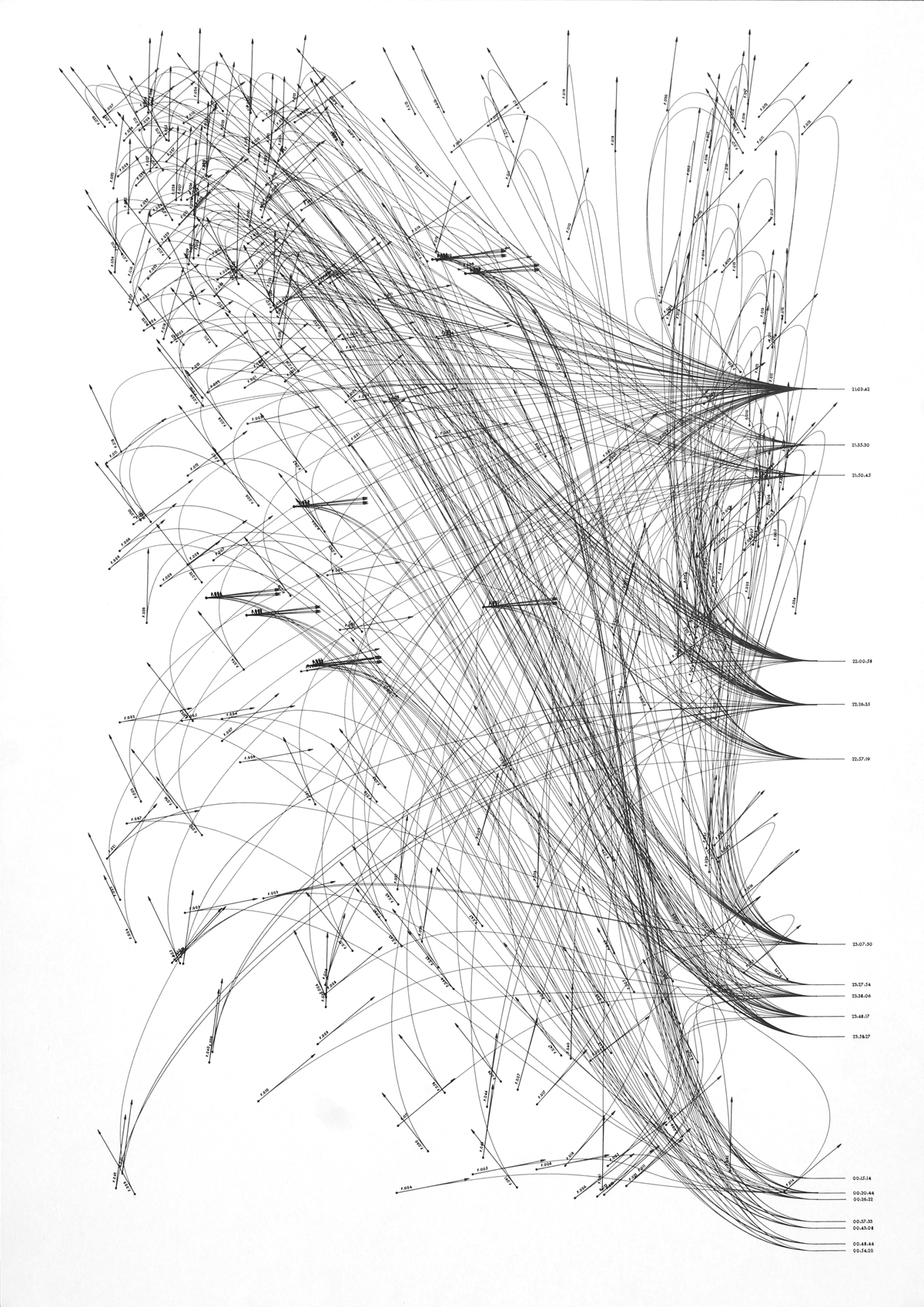 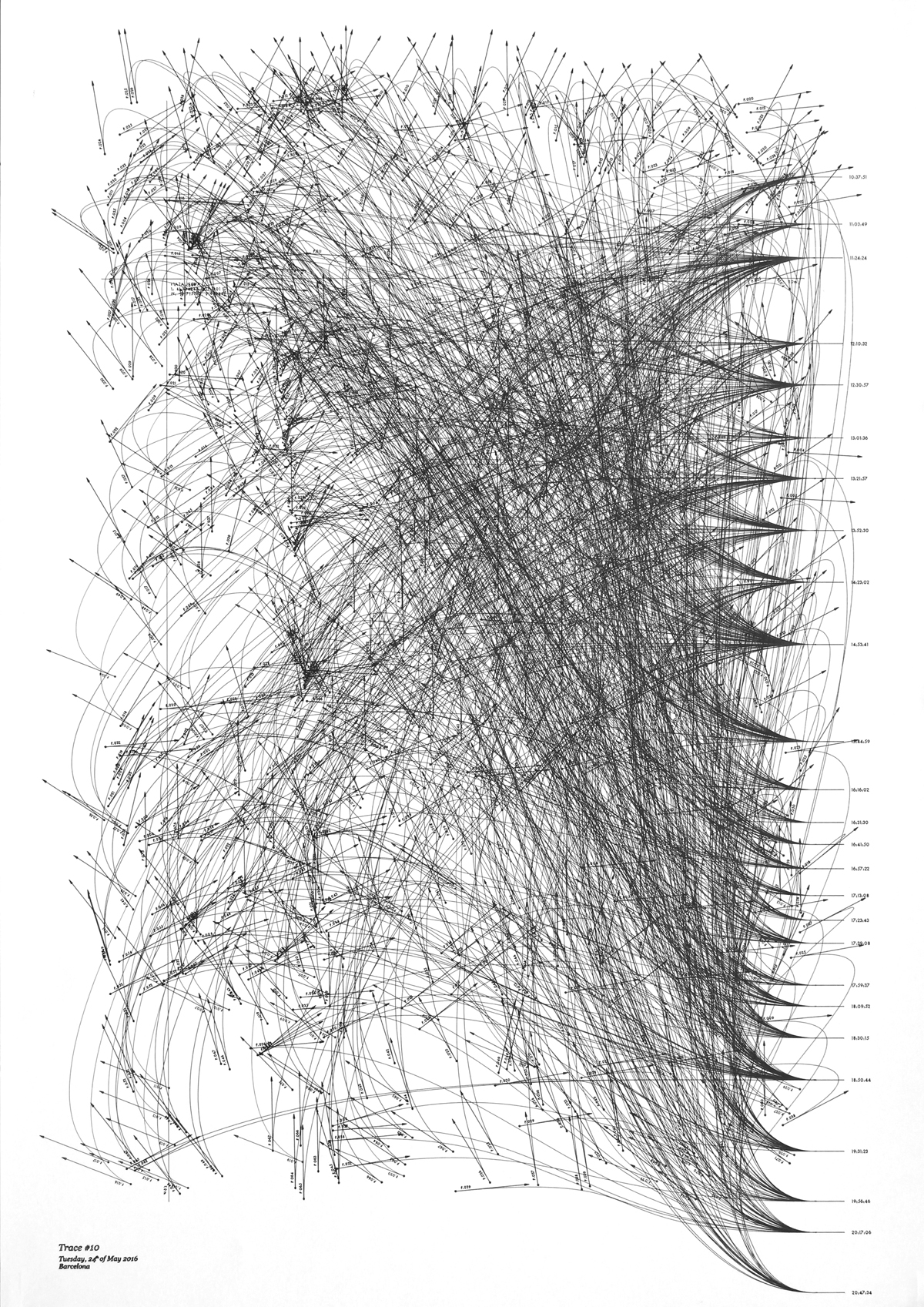