During a long process of observation of a wall, an unusual light unexpectedly appeared. It travels and reflects itself across the space and the glass of the windows until it eventually reaches the white surface.

It’s a light and a shadow, but its form is unusual as it only appears for an instant and tells more about the space in front than the wall itself.

The drawing took 72 hours to make. In a grid of 3 by 3 cm, each dot was drawn during a pre-defined time. 0 seconds corresponds to a white dot, while 14 creates the darkest zone.

The sound of a metronome accompanied the drawing period. 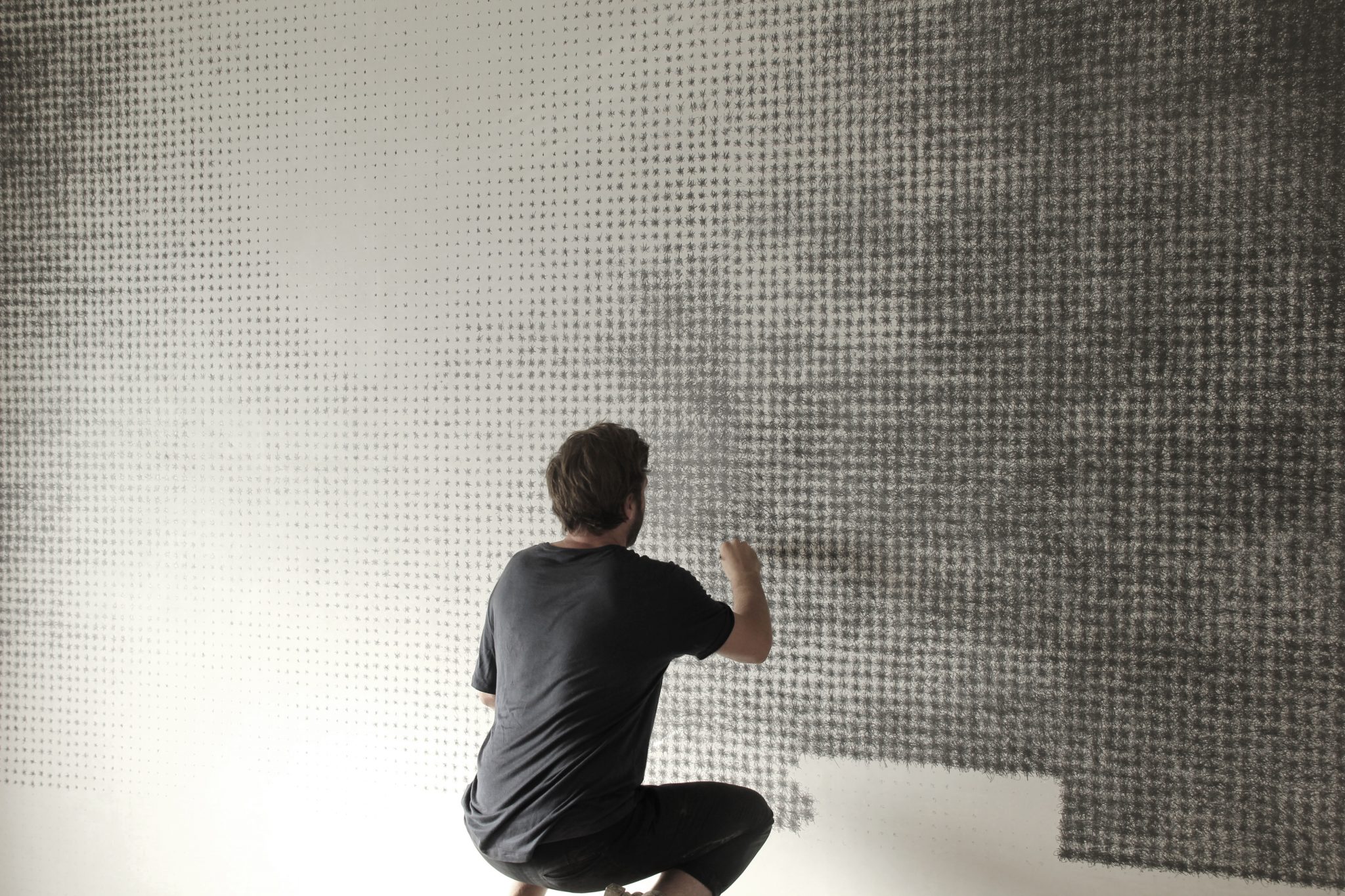 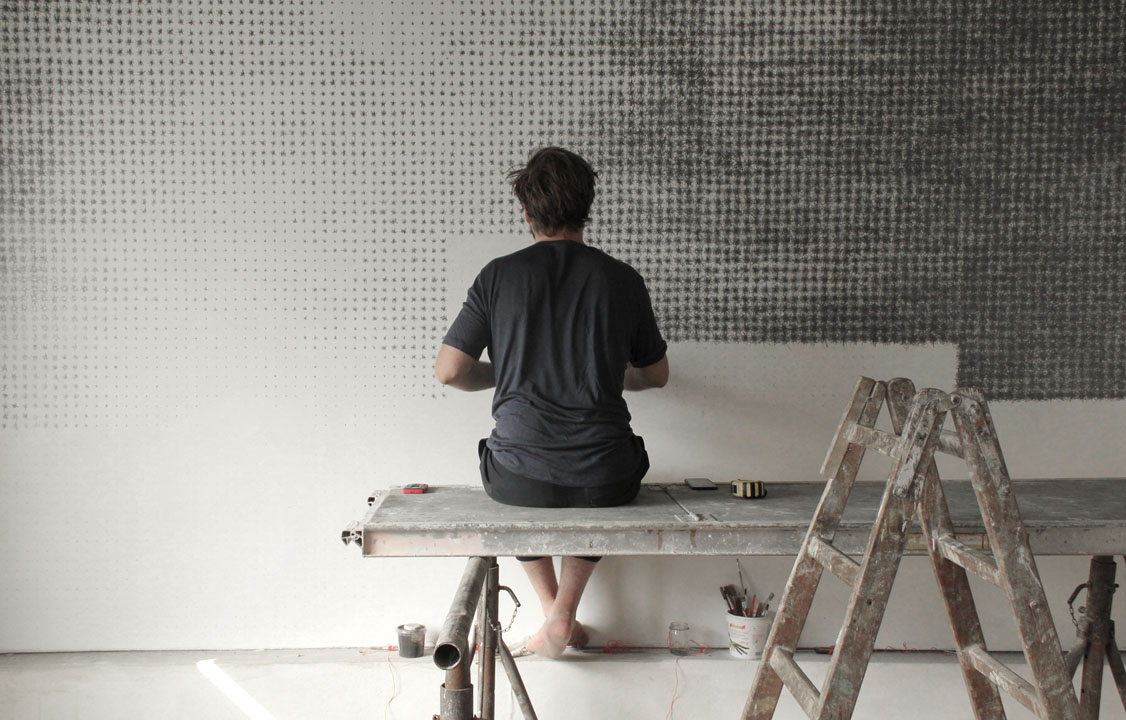 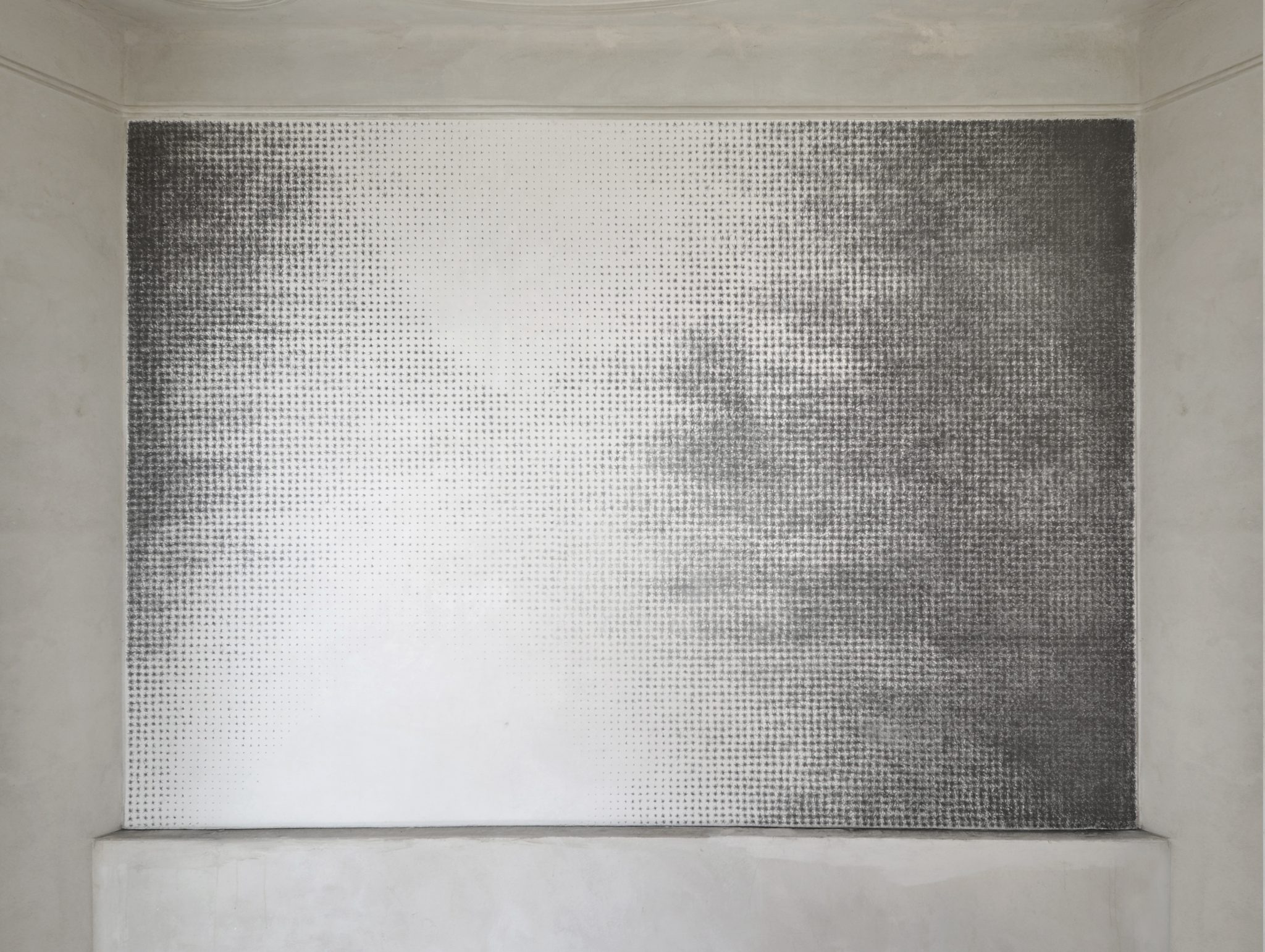 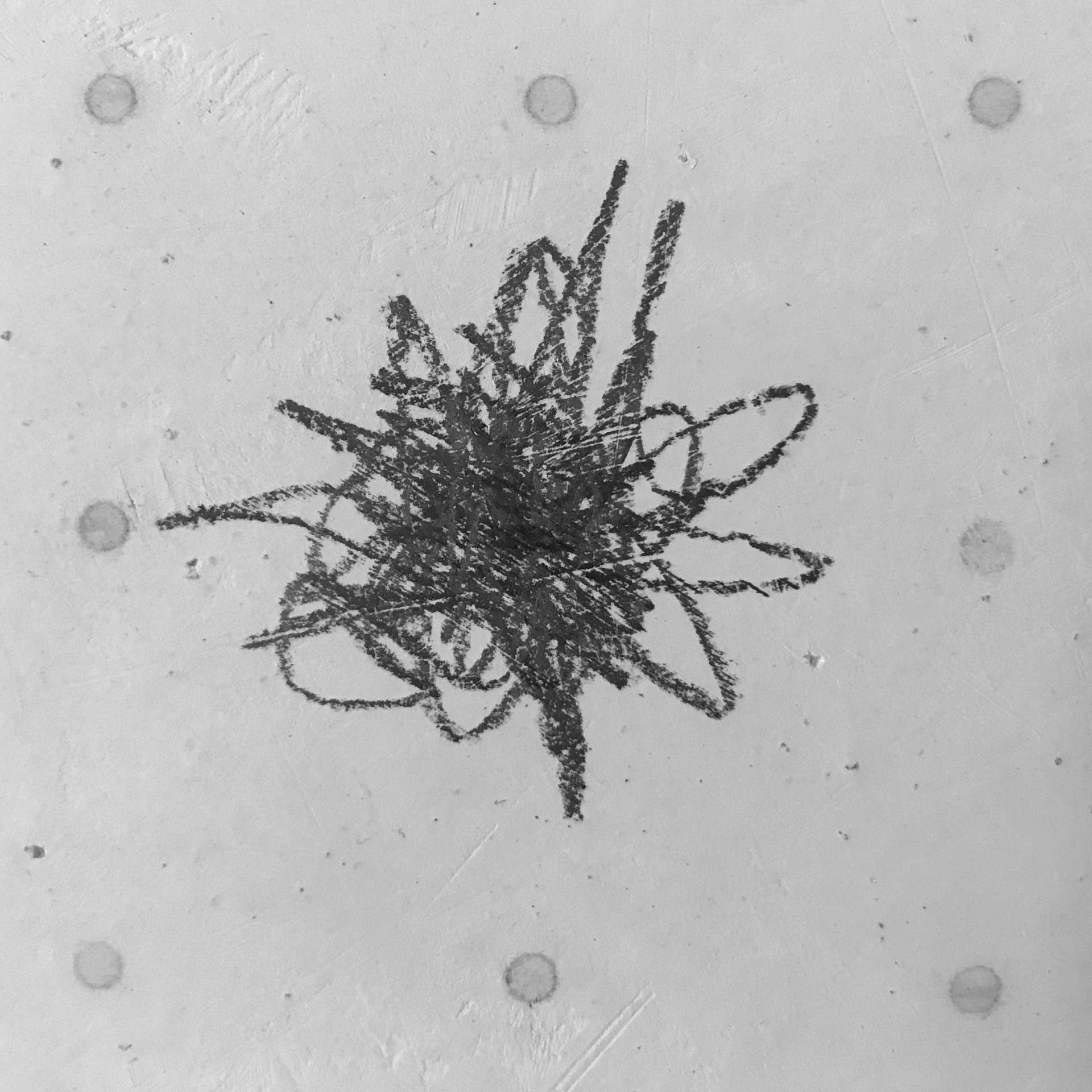 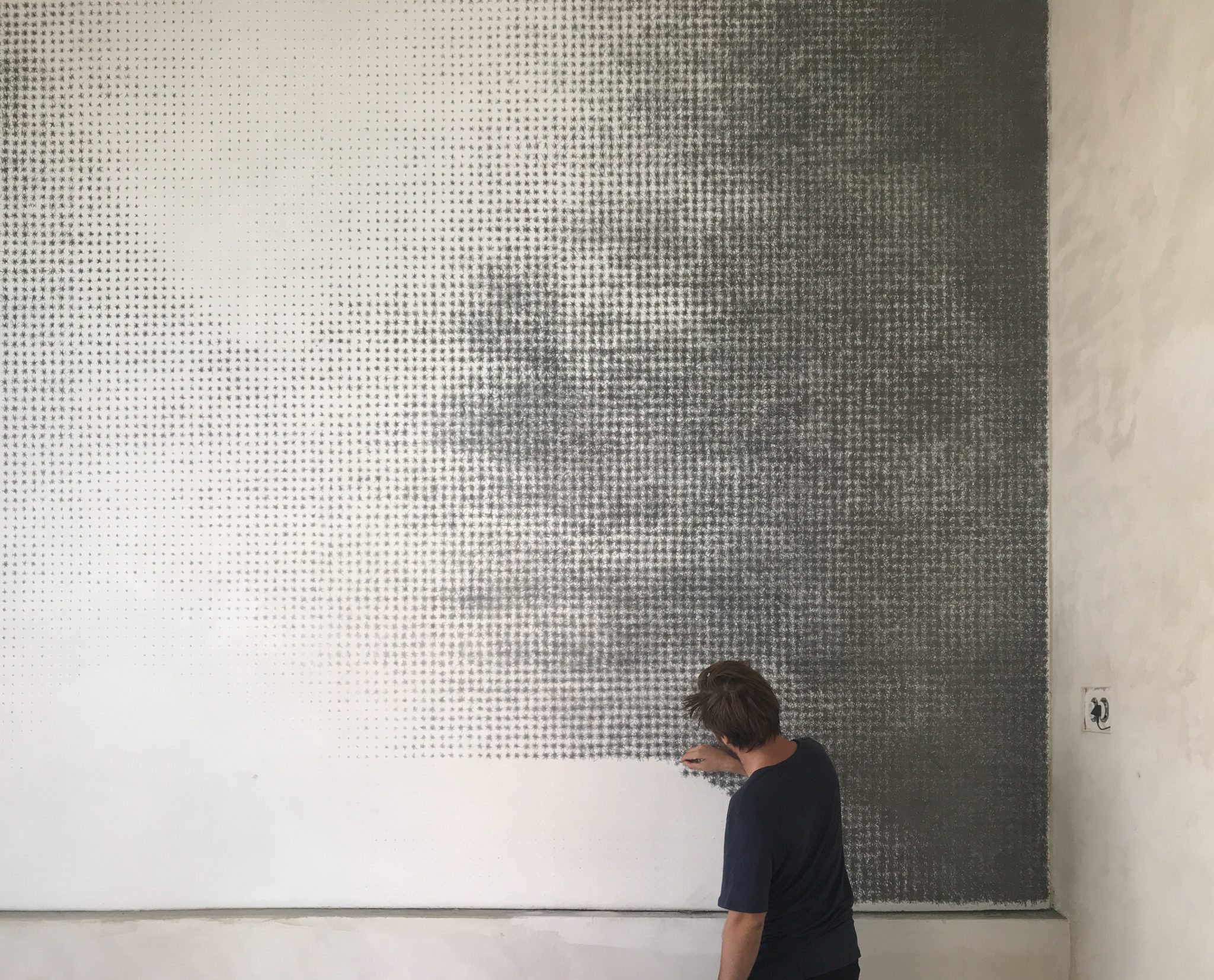 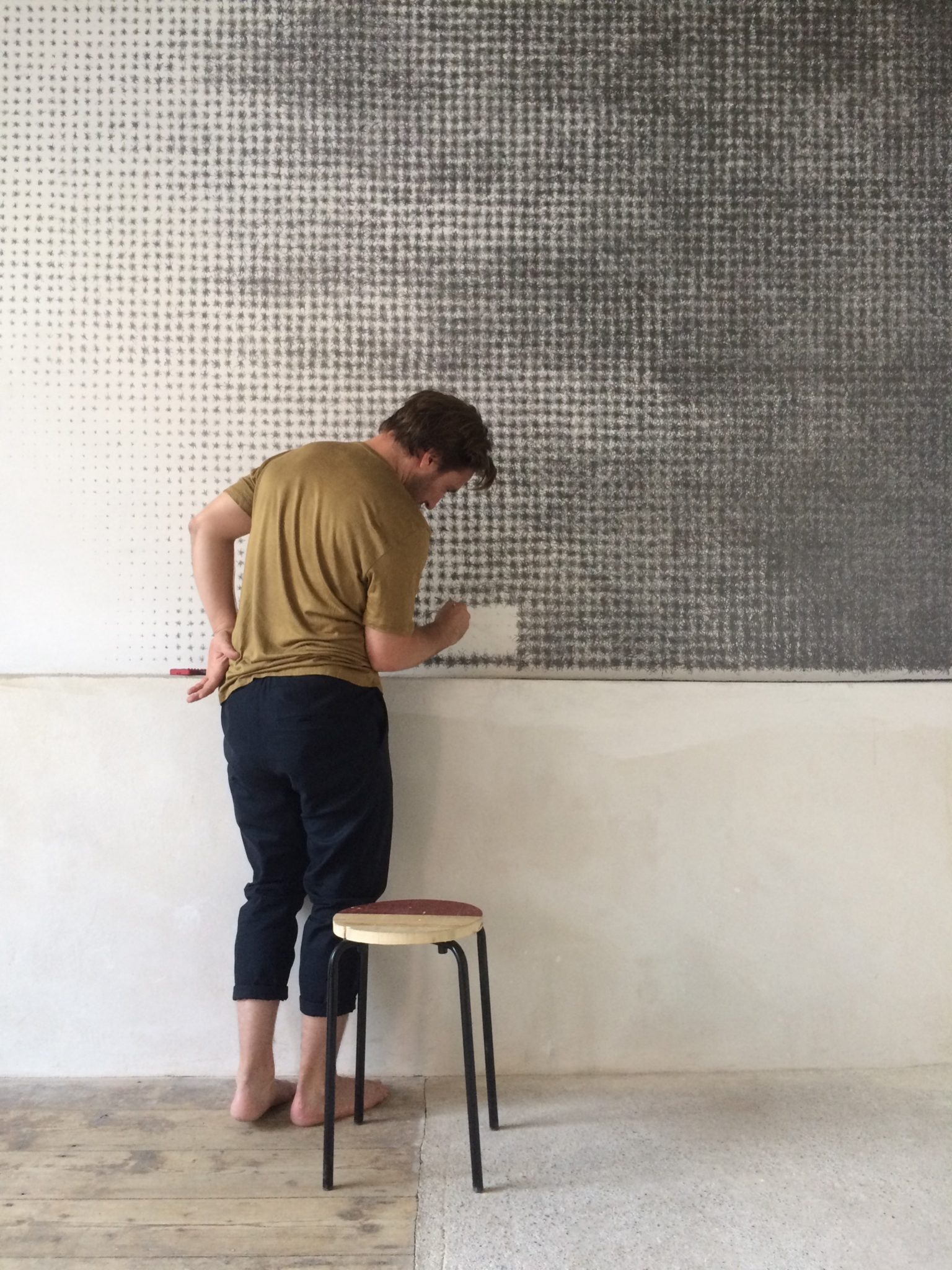